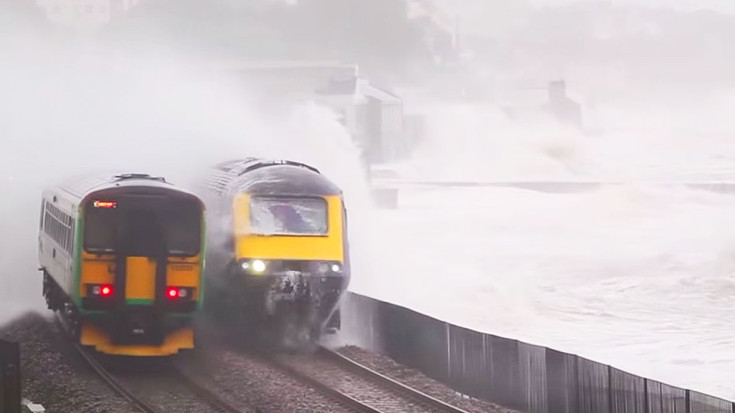 The town of Dawlish, England, was shocked this past November by fierce waves striking the local rail line for the second time in one year!

Having been hit just around nine months prior, the town of Dawlish had commissioned the railway to be repaired, which included swept away track, as well as a completely destroyed seawall. The reconstruction which cost around 35 Million GBP to complete, had only been recently finished by the time the sea struck again!

This piece of track and station is part of the South Devon Railway, aka the Exeter to Plymouth line!

The repaired seawall did little to combat the oncoming forces of the ocean, and inspection of the wall revealed gaping holes opened up by the storm! Luckily the waves caused no derailments, and no train related injuries occurred, however there was once again extensive cosmetic damage.

Residents fear for the future of the track as it is being constantly damaged, Network Rail (UK) says this damage is to be expected being so near to the sea!

This has led folks to wonder if this is to become the new normal for the sleepy sea-resort town of under 12,000?

Has anyone been to Dawlish to ride the coastal trains, rain or shine? We’d love to hear about it, let us know!