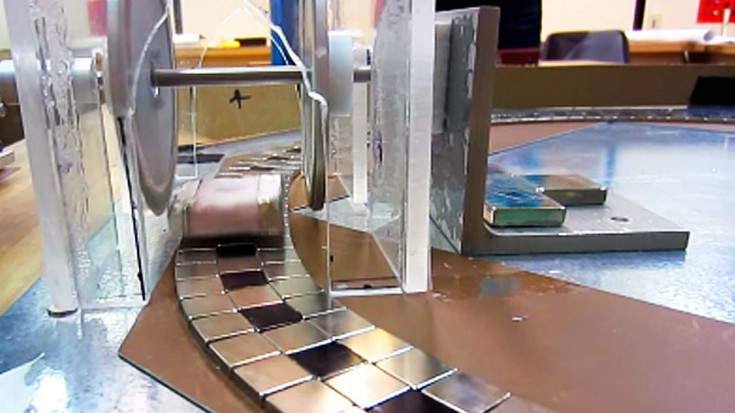 A team at Queens University, a Canadian university located in Kingston, Ontario, set out to demonstrate how a maglev train works, by recreating it in model form being “conceptually equivalent to real world engineering scenarios which utilize quantum levitation”.

The system was designed to control speed and provide braking without any outside interaction of the team members, though as you can see in the clip, the little ‘train’ consisting of a liquid nitrogen cooled super conductor, has to be manually started after it slows down.

The super conductor works swimmingly with the series of small magnets(made up of three half inch magnets per row) that make up the track, and small paper figures are placed on the track to further prove that the train is completely suspended in a state of levitation!

The trains average run time before coming to a complete stop is 2:47

Has anyone here taken a maglev train before? We’d love to hear your opinions on them!