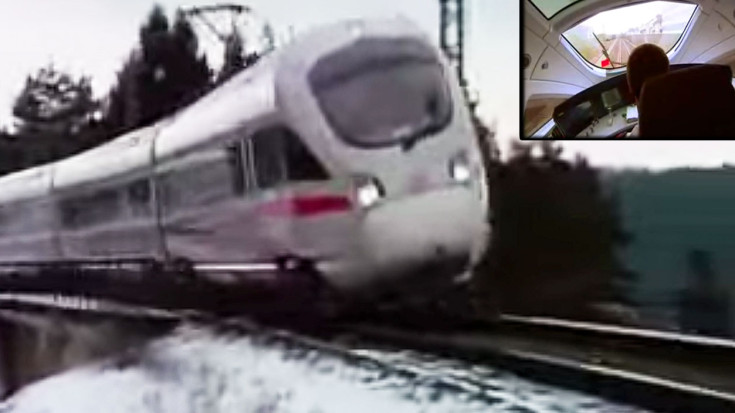 One of the problems that modern commuter lines face, is antiquated railways with their sharp twists and turns! Initially designed for trains traveling at much slower speeds, modern trains must take curves at speeds slower than what is achievable!

A diesel motor variant was also produced known as the ICT-VT (now known as ICE TD) with similar tilting functionality!

Deutsche Bahn AG, a private joint-stock company (with the German government being its single shareholder) sought a solution to this problem in the early to mid 1990’s and the ICE (Inner City Express) T variant was the solution! These locomotives have the ability to tilt in opposition to the curves on the tracks allowing for a comfortable ride when taking turns at higher speeds!

The ICE T trains tilting technology is based on the hydraulic actuator system of the Italian engine models ETR 460 and 470. What sets the ICE T apart however is the dual axle system it has unlike its predecessor, where only one axle is driven. Both axles are motorized on the ICE T allowing for an overall smoother ride!