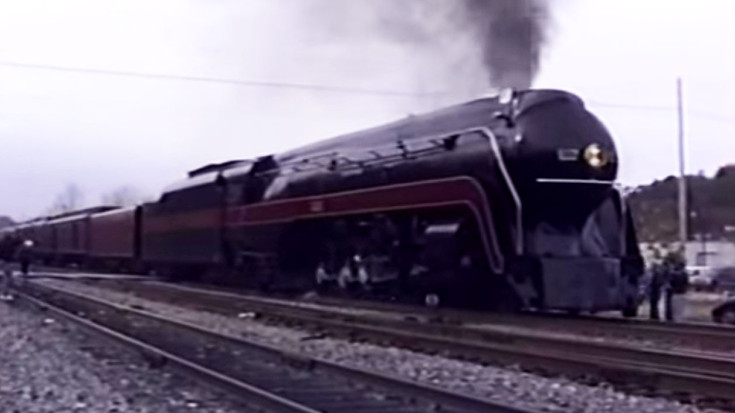 Norfolk and Western Railway’s class J engine #611 is set to make its triumphant return to the rails on May 30th, 2015 after being off the tracks for two decades! The Roanoke Shops built engine, constructed in 1950 is part of the last batch of J class engines, a modified variant of the J1 class.

Initially retired in 1959 for revenue service and set to be scrapped, #611’s fate was changed after being purchased by photographer O. Wiston Link and several others. The engine was donated to the Virginia Museum of Transportation in Roanoke, Va in 1960! #611 sat there, dormant until 1982 and begin a rather robust excursion career up until its second retirement in 1994!

The clip you’re watching now is from one of the 611’s final three tours of service, one of the last times we could see this steam engine roar. Recently however the engine has been undergoing restoration, and will see three weekends this year, beginning May 30th where she’ll get to hit the rails again!

The 611 survived a nasty derailment in 1956 and was back on the tracks within a year!

Engine #611 will be departing North Carolina bound for home: Roanoke, Va, and continue trips in June and July on the weekend of the 4th!

Tickets were put on sale for these voyages and almost half of their stock was sold out on the first day, as passengers from all around the world vied for a chance to ride this magnificent engine!

Will you be going out to see the 611’s return, or better yet getting the opportunity to be one of its passengers? We’d love to hear your thoughts!