The Diesel Rail Car That Moved Itself! 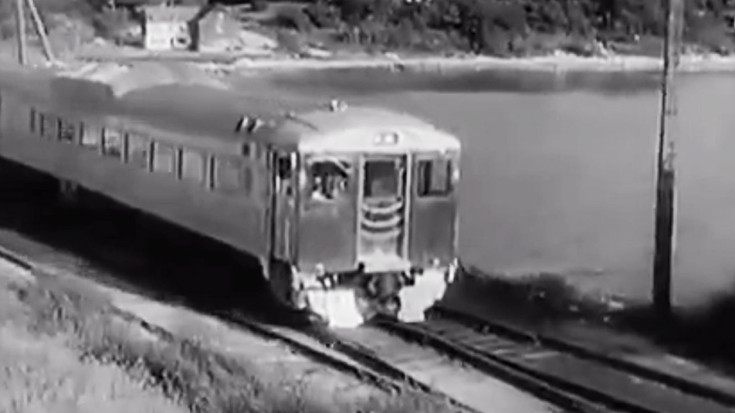 Clear Iron, an Industrial film from the 1950’s gives us a unique perspective on a very special rail vehicle: The Budd Diesel Car!

This car was self propelled fitted with its own diesel engine, and did not have the same consumption rates of larger more powerful locomotives! The rail diesel car was primarily adopted in rural areas for passenger service, where there was low traffic density, as well as in short-haul commuter service where a full diesel locomotive just was not necessary!

This video, produced to showcase the wonders of the self propelled railcar focuses primarily on the cars were purchased by the New York, New Haven and Hartford Railroad. The rail company purchased a six-car train set based on the rail diesel car design, and consisted of two single-ended cab units as well as four intermediate cars to make a complete train!

In total 398 cars were built some with the ability to carry an upwards of 94 passengers!

These cars ran all the way into the 1980’s with Amtrak, and saw limited service in 1993 from Trinity Railway Express in Texas, before being ultimately retired in the United States!

Did you ever get to opportunity to ride in one of these Budd Diesel Cars? We’d love to hear about it!