When UP Big Boys Ruled The Rails 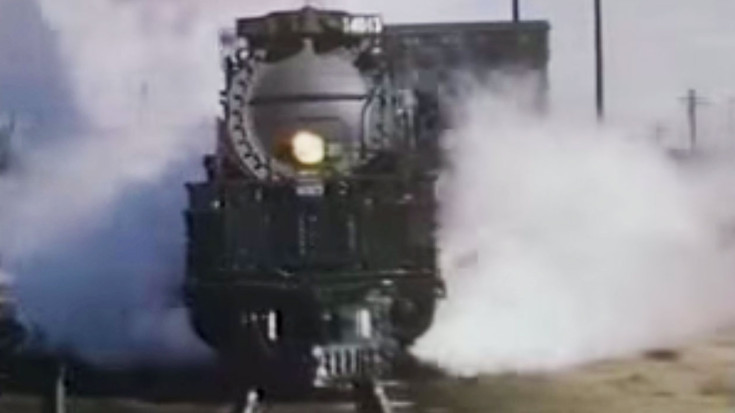 Union Pacific’s 4-8-8-4 4000 class locomotive, Big Boy #4014 was one of the roughest, toughest, and most powerful locomotives to ever hit the rails.

These American steam legends graced the railways from 1941-59, and with a fully loaded tender, weighed in at about 1.2 million pounds! Only 25 were ever made, numbered 4000-4024. Unfortunately only eight of that original fleet of survive to this day!

Of the eight engines, seven are in preservation in various parks and museums across the United States. However an eighth engine, number 4014 was recently restored by Union Pacific, and is currently back home in Cheyenne, Wyoming.

The Big Boy’s had a maximum speed of 80 mph!

Did you have the opportunity to see a Big Boy hi-ballin’ down the rails? We’d love to hear your stories!