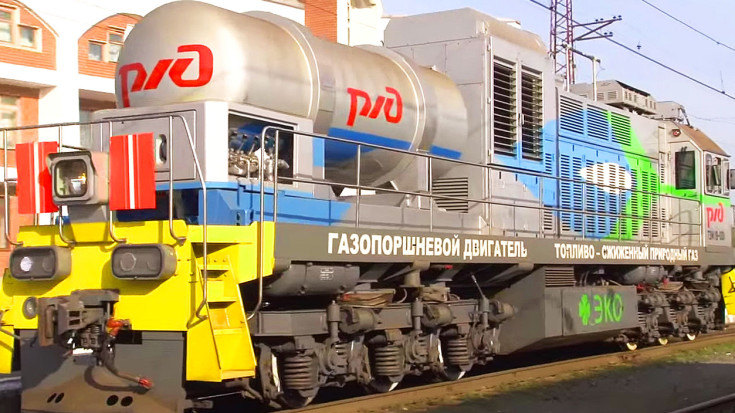 This bizarre looking engine is the TEM19 (Russian: ТЭМ-19), a shunting locomotive developed by Bryansk Engineering Plant (BMZ), the largest railway transport engineering market in Russia. The TEM19 is one of the worlds first gasoline powered locomotives!

The entire engine is modular, including the cab, the cryogenic gas storage, as well as the engine and generator!

The TEM19 has passed its initial acceptance trials, and the prototype is now moving into construction phases, with up to 50 locomotives now planned on being built! The trials took place at the Yegorshino yard in the city of Yekaterinburg, Russia where the shunting engine endured quite the stress test!

While the main interest is in cost reduction, early trials suggest it could cut annual energy costs by 20%!

What are your thoughts on gasoline powered locomotives? We’d love to get your opinions on them!