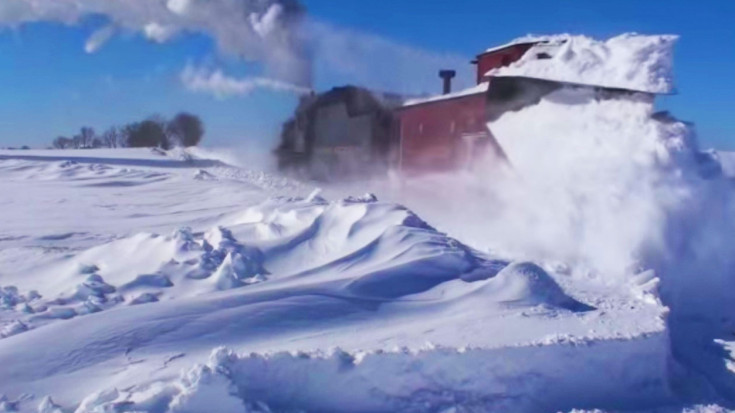 Occasionally struggling with some deep snow drifts, this classic Baldwin built locomotive uses all of her 40,163 lbs. of tractive effort to wedge apart the snow.

Built in 1906, the Strasburg Railroad #475 is the only 4-8-0 locomotive in operating condition in the United States!

The #475 regularly serves the surrounding farming communities with affordable rail transport. This includes rail to car transport of feeds, grains, and other bulk transfer items.

Set in the dead of winter, this clip show the beautiful Pennsylvania countryside after a snow storm which left great powdery conditions for the train to plow. We love the black smoke against the horizon with the white background!

The Norfolk & Western #475 locomotive is:

Additionally, the Strasburg Railroad celebrated its 185th year of existence in 2017!

Let us know if you have ever taken an excursion ride on the Strasburg Rail Road! We would love to hear about your experience!