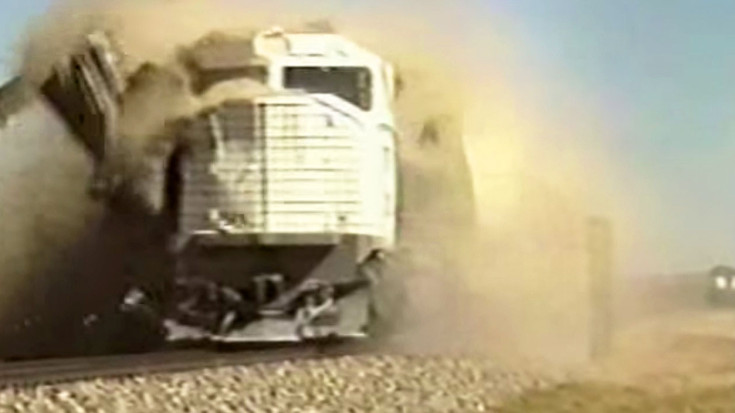 These six-axle EMD SD45-2 locomotives deserved a better fate than being torn apart!

The U.S. Department Of Transportation along with the NRE (National Railway Equipment Division) modified two EMD locomotives in conjunction for the Transportation Technology Center (TTC) near Pueblo, Colorado.

Renamed the DTFR 2003 and 2002, they were used in test crash situations involving rear ending trains with hopper cars, crashing into trucks at simulated crossings with heavy logs, broadsiding a flatbed truck hauling a massively heavy steel coil, and on, and on, and on!

The knowledge gained from these test helped shape the construction and modifications needed to make railroads safer. In addition, it also shows the enormous amount of energy that is expended on stationary objects when hit by oncoming locomotives!

You will want to watch this one more that once to see the slow motion replays of each test crash. It is really fascinating!

The locomotives used are:

Let us know if you have witnessed any crash testing of locomotives by the railroads. We would know what really happens!