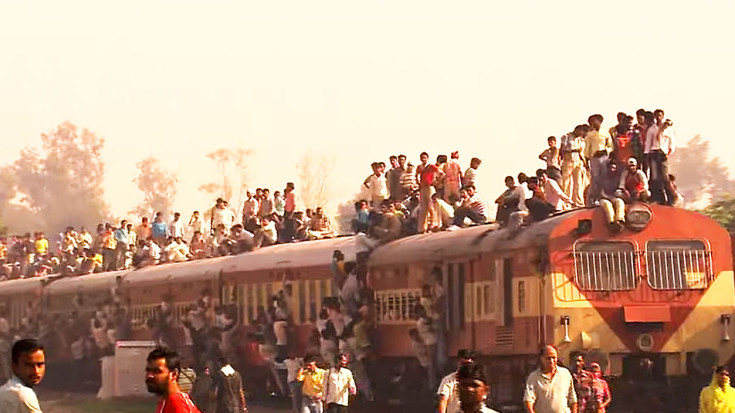 Talk about having a rough morning commute!

This is not how the average Indian commutes, but it does happen often enough!

Passenger trains like this one carry laborers from neighboring states, to India’s population centers. This train is bringing workers into New Delhi for a weeks work, before they return home for the weekend.

Transporting 20 million passengers daily, Indian Railways is one of the busiest networks in the world!

This is not an overly common occurrence, but it has been known to happen now and again. Most of these travelers are actually stowaways aboard these fully packed engines, however, state-owned Indian Railways is reticent to stop non-ticket holding passengers from boarding, as it could lead the whole rail system to ruin.

Have you ever seen a train this full in person? If so we’d love to hear about it!