SP 4449 Engineer Lays On The Whistle 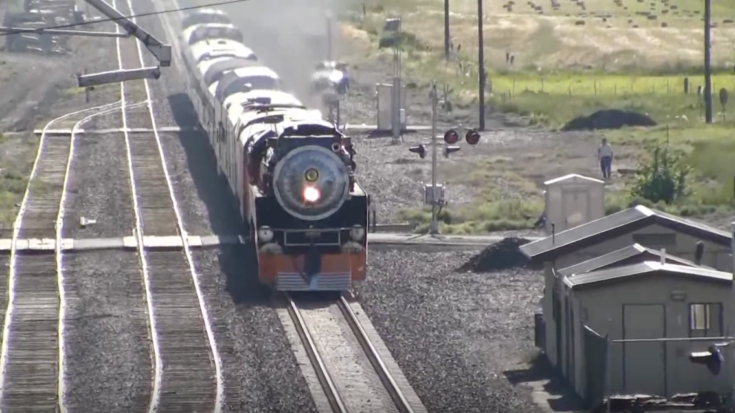 Laying on the whistle has to be one of the best perks of being an engineer!

The moaning sound of her whistle adds to the beauty of the this locomotive!

SP4449 is shown here in Sprague, Washington, on her way to Michigan, filmed from an overpass before the days of drones!