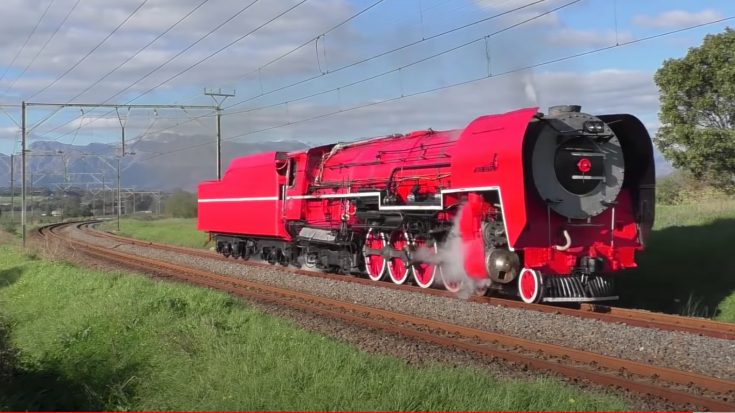 South African Railways historic Red Devil #3450 sat in storage for 15 years. After rebuilding, she is making her first test run to Cape Town.

The 4-8-4 Northern wheel arrangement allowed an increase in the size of the fire box which in turn allowed the use of a Gas Producer Combustion System to produce more steam using less coal. This increased the steam developed which in turn increased the horsepower of the locomotive.

The Red Devil became one of South African Railways most reliable mainline locomotives as well as one of the largest non-articulated locomotives ever built.

Let us know what you think of this colorful locomotive! We would love to hear about your experience!