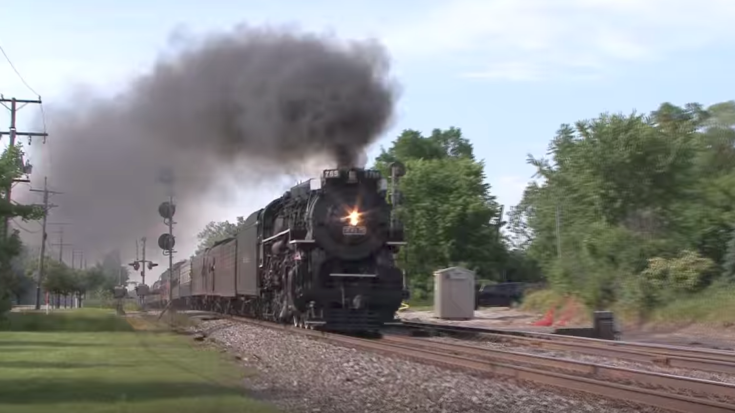 Fast and furious describes the NKP 765!

The historic Nickel Plate Road Railroad at one time had 80 of these powerful locomotives which were supplied by both the American Locomotive Works and the Lima Locomotive Works in 1941 through 1944.

TheBerkshire 2-8-4 wheel arrangement allowed an increase in the size of the fire box which in turn allowed more coal combustion and fire output. This increased the steam developed which in turn increased the horsepower of the locomotive.Called “Super-power” locomotives, they provided fast freight and passenger service on the Nickel Plate Railroad which stretched from Chicago, Illinois, to Buffalo, New York.


Seen here highballs through Deerfield, IL. on return from from Janesville, WI.

Let us know if you have ever taken an excursion behind this classic locomotive! We would love to hear about your experience!