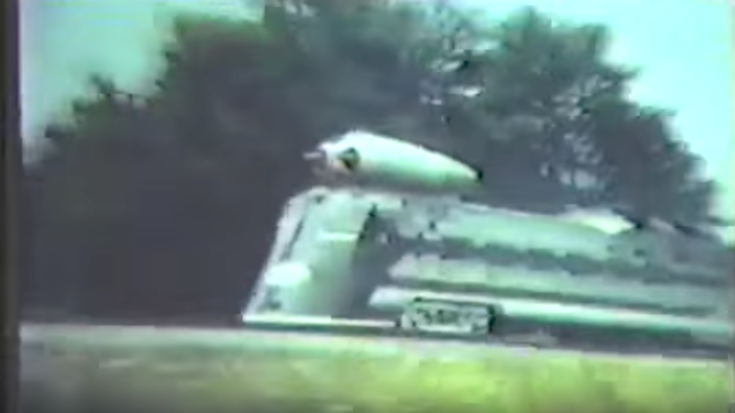 Jet engines! Why didn’t we think of that?

Well the New York Central Railroad thought of it back in 1966!

Called the M-497 (nicknamed the Black Beetle for its paint job), the New York Central Railroad developed and tested the idea of mounting jet engines on top of a modified railcar to see how fast it could go. The Budd Rail Diesel Car was chosen because it was an RDC-3 multi use car which was part coach, part baggage, and part mail in its configuration.

Top speed obtained on the 21 mile test run between Butler, Indiana and Stryker, Ohio was a whopping 183.69 miles per hour!

Unofficial speed was clocked at 196 miles per hour which was considered the fastest for a self powered rail vehicle at that time in the United States.

Let us know what you think about the feasibility of this this idea! We would love to have you share you thoughts with others!