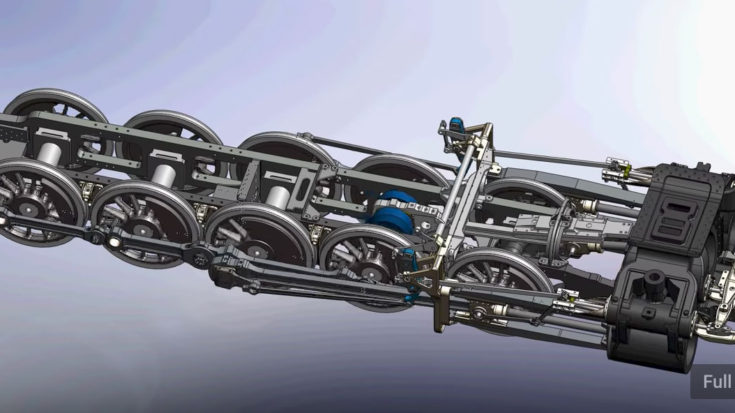 Ever wondered where the plans come from when building a live steamer?

At one time, Southern Pacific had more that 49 of these monsters roaming the South West United States.

Most notable about this model in motion is the 3rd cylinder located in the center of the cylinder saddle sloped downwards a 9 1/2 degrees in order to crank a 3rd driver’s axel. In addition, there were 2 outside rods connected to the 3rd drivers.

Since these were non articulated locomotives and could not take sharp turns easily, they had to run a fairly straight track and run the main lines.

Let us know if you have seen any live steamer reproductions of the 4-10-2 “OVERLAND” type locomotive! We love to hear about it!