The Nebraska Zephyr Shows Off Her Polished Steel 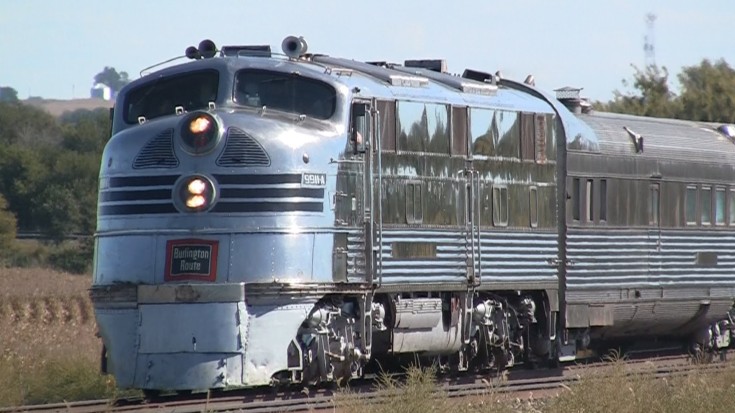 The Nebraska Zephyr is the shiniest locomotive in the world!


Perhaps the most highly polished passenger train in existence, the Nebraska Zephyr was the first diesel powered streamlined train taken for delivery by the Chicago, Burlington and Quincy Railroad (known as the Burlington Route) in 1940.

Known as the “Silver Pilot” locomotive, the C B & Q 9911A EMD E5 had polished steel and was made exclusively for the CB&Q with a slanted nose and had two headlights. One stationery and one rotating.

The entire 5 car train was delivered to CB&Q as an articulated unit except for the locomotive.

The amazing thing about this articulated train is that it was made as one unit so you could not uncouple the cars!

Only the engine could be uncoupled. The cars themselves had to go to the repair shop to get uncoupled.

The Nebraska Zephyr was referred to as the “Train of the Goddesses” because the cars were named after Greek and Roman gods!

If you’ve ever taken a ride on one of the Nebraska Zephyr excursions, please share your experience! We would like to know if it is as “shiny” as it looks!