Grab Your Lab And Lets Go 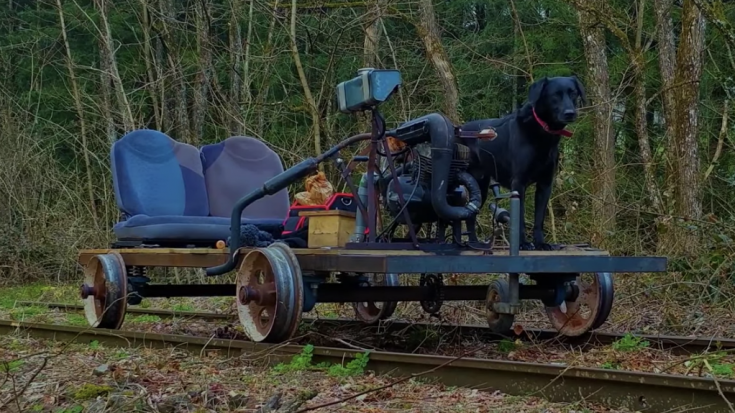 Sometimes, abandoned rails are just too good to pass up!

This black Labrador retriever is having the time of his life rolling down the railway with his owner as they barrel through the French countryside!

Located somewhere in France is this 12 mile long abandoned length of rails which has some steep grades, as much as 2%! Proving too steep for passenger trains, this particular line was abandoned around 10 years ago. The track itself is owned by the French Rail Network (RFF).

This railfan built his cart from scratch using:

What is unusual about this track is that is not torn up like so many other tracks that are no longer used.

Let us know if you would like to take a ride on one of these homemade carts. We would love to hear about it!