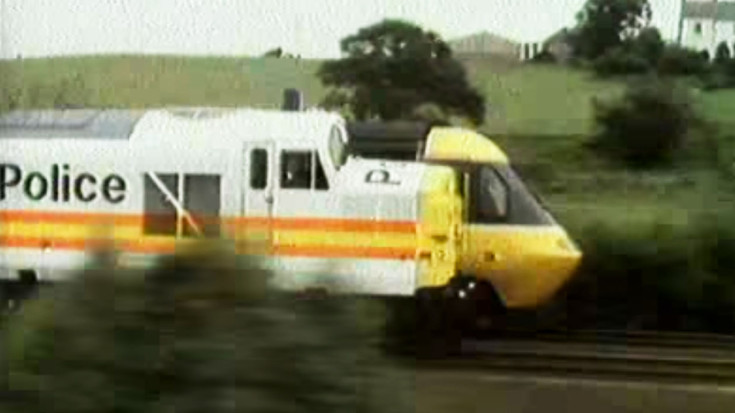 When was the last time you saw a train get pulled over for speeding?

That is the exact kind of rhetorical question this famous advertisement for British Railways set out to ask in an attempt to persuade more commuters to take to the rails, instead of using their cars!

The commercial, first broadcast in the 1980’s even featured an appearance from a very special locomotive. The advertisement for the Intercity Express 125, included an old English Electric type 3, more accurately known as the class 37. The class 37 numbered 93 was mocked up as a ‘Police Engine’ which that had the duty of patrolling the rails!

Lets go ahead and see what British Railways has to say on the subject!

Some reasons why taking the train is better than driving

Are you convinced, we know we are!

Have any favorite train related commercials? Tell us about them!