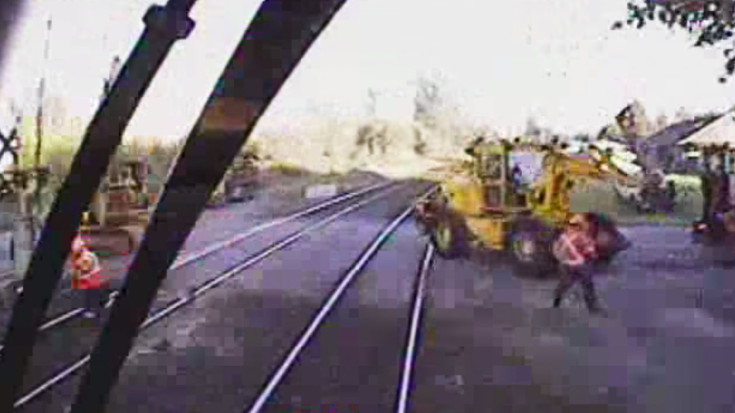 A construction crew and occupants of a Canadian Pacific West Coast Express commuter train were in for a surprise when one of the construction crewman began to cross the tracks in the speed-swing he was operating while the train made its approach!

The train struck the speedswing at mile 105.21 in the Cascade Subdivision of Maple Ridge, British Columbia!

The cause of the accident appeared to be some sort of communication error between the the trains crew, the foreman and the construction crew. The construction crew was in compliance with the railway and had rule 42 permissions granted.

Rule 42 in Canada also known as “Planned Protection” covers events such as construction that involve being near or on the tracks!

The construction crew, knowing that the train would be making its way past them gave up their right of way so that the West Coast Express could pass on through. That is where things cease to be simple on the communication front!

Whatever the variables, it led to one spectacular smack down for the equipment in use!

Thankfully no one was injured and the engine was back running down the tracks within a couple of hours.

Do you have any stories of railway communication gone bad? Please share them with us!