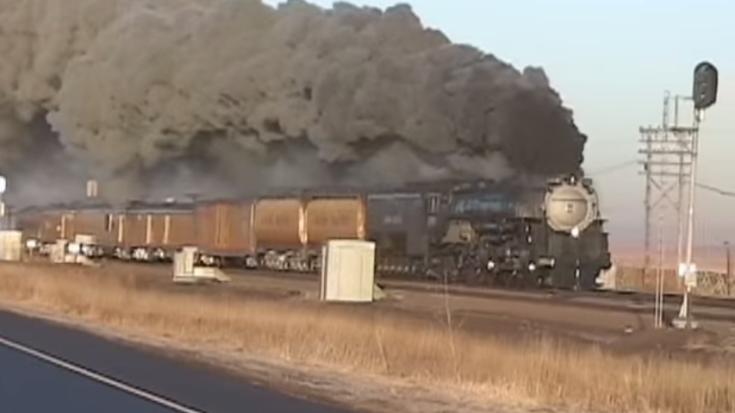 This is one of the “Challenger” type steam locomotives that was first built around the beginning of World War II in order to haul freight and passengers without helper engines, especially on steep 1.14% grades.

Imagine our troops packed into her passenger cars being transported to their training destinations! Currently she is in the roundhouse in Cheyenne, Wyoming. Her last regular train service was in the late 1950’s.

As with her sister, UP 844, she was called upon to pull the Ringling Brothers and Barnum & Bailey Circus Train from Cheyenne to Denver back in 2010.

Similarly, along with her sister (UP 844), she is also used to haul mainline freight along with special excursion trains. Although the smoke is really dark in this video, it is normally a lighter shade of grey.

Originally a coal burner, the UP volunteers converted the locomotive from coal burning to oil in order to avoid the sparks and fire danger that coal produced along side the tracks.

If you’ve ever taken a ride on the Union Pacific 3985 or a train like this let us know in the comments below! Would love to hear your experience on historic train.