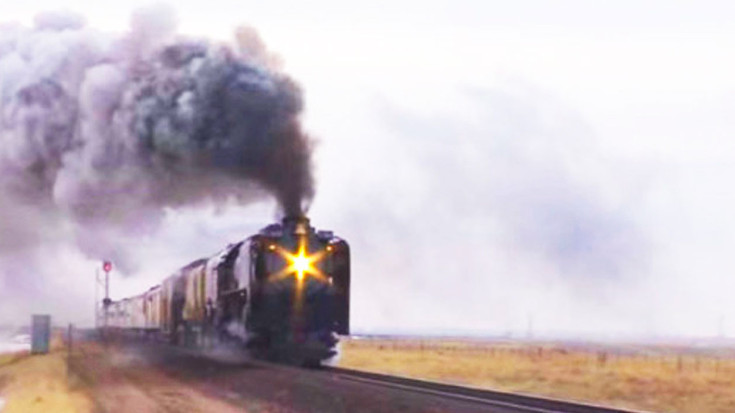 STEAM GETS IT DONE!

The Union Pacific Railroad is one of largest railroads in the United States. Engine #844 was one of the last steam locomotives that moved both freight and passengers. She now serves her owners pulling special public trains on historic occasions as depicted in this video.

Check out the angle at which this video is shot and the smoke in distance coming directly at you from around the curve. Her record is a 1,000-ton passenger train and she could get up to 120 miles per hour!

If you’ve ever taken a ride on the Union Pacific 844 or a train like this let us know in the comments below! Would love to hear your experience on this classic piece of history!