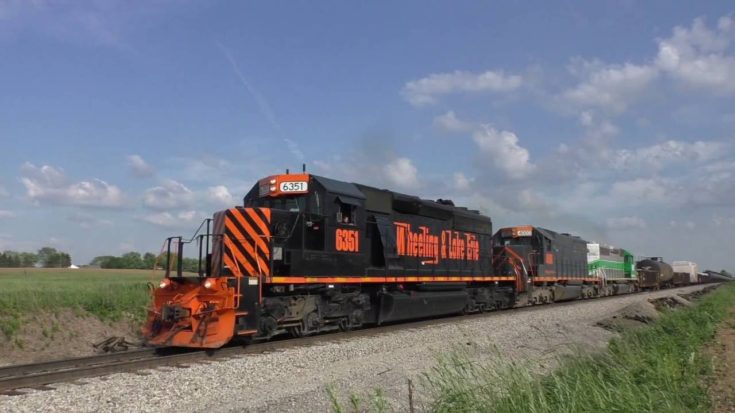 If you do the math, you will be blown away by the total rolling weight!

Train number 237 coming out of Smithville, Ohio, is seen leading a massive consist of over 100 cars, many of which are tankers full of oil.

All of this leads us to the question: How much oil does a rail car hold?


On average, a 110-unit train at 636 barrels per rail car amounts to around 70,000 barrels of oil total per train. Since oil tank cars are more or less built to Federal Railway Administration standards for GWR (gross weight on the rail) and a load capacity of 286,000 lbs per tank car.. Some tank cars weigh more or less when empty depending on the material used in construction, but cannot go over the 286,000 lb limit when filled.