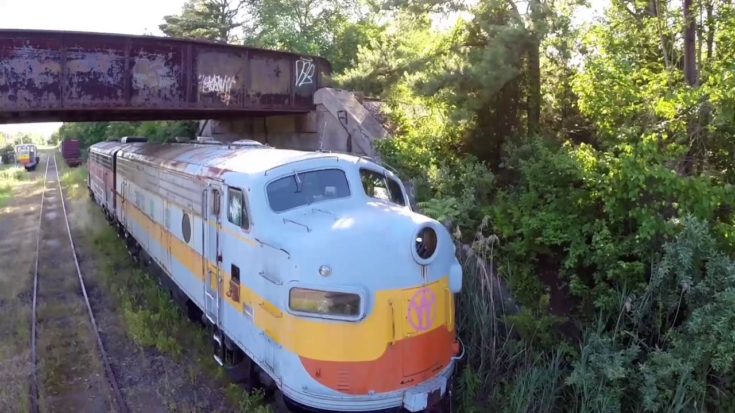 Winslow Junction in New Jersey turned into a train graveyard!

Sitting under a railroad bridge supplies the last unglorious stop for these once beautiful locomotives, coaches and caboose. One wonders the miles ridden and the towns visited in their glorious careers.

It is not clear why railroads just park the equipment on sidings only to rot away and be vandalized! Maybe bankruptcies play a part, but aren’t they worth saving for the heritage value?

Certainly some are beyond repair, but the F7’s shown here must be salvageable along with some of the cars. Also, the caboose is dying to taken and rehabbed!

The two engines shown in this clip are from the Bessemer & Lake Erie Railroad originally. They were later sold to the Southern Railroad Company of New Jersey. The blue engine was also with the New York, Ontario & Western Railroad at one time.﻿

Let us know if you have any abandoned railroads around your town with equipment just rotting away. We would love to hear your take on it!