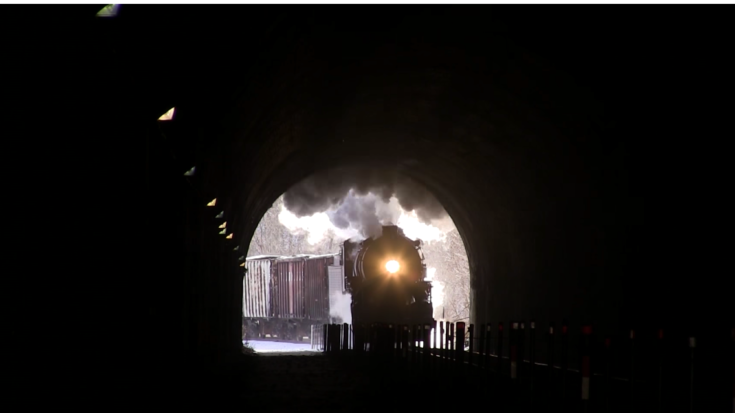 Set against the winter backdrop in Maryland, the Western Maryland Scenic Railroad’s 734 pulls vintage restored box cars and a caboose!