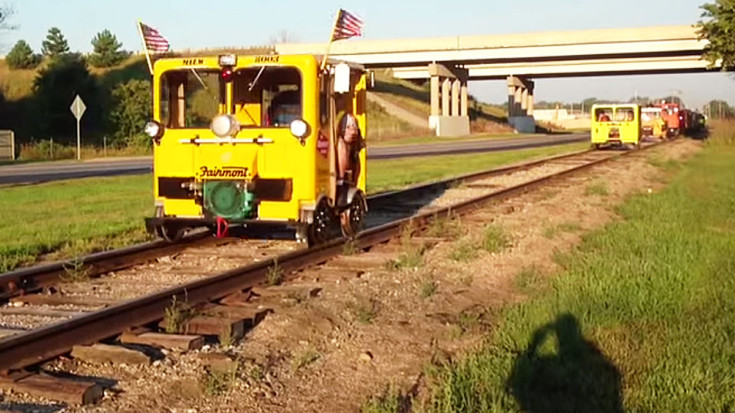 A Rail Speeder – someone who loves to ride the rails down close and personal!

A massively popular hobby among rail enthusiasts, organized clubs exist across the United States and Australia providing organized, safe and legal ways to travel the rails on these wild machines!

One of the largest is the North America Railcar Operators Association with hundreds of members! Here you can find operating clubs listed from all over the United States including the West, Mid West, Northeast, and Southeast.

It is not uncommon to have 40 or more cars lined up on excursions that can last for several days, covering hundreds of miles. All participants travel in a group with the host railroads permission for the use of the tracks. Crossing guards are used at intersections since the speeders do not have the right of way over vehicles.

The rail speeder, otherwise known as a motor car, was invented as far back as 1896 when a vehicle was needed to help the maintenance of way crews and track inspectors to move quickly to and from work sites.

These types of speeders were later replaced by pickup trucks with flanges to allow them to hoist themselves onto and off of the tracks. The speeders left from the earlier days are now owned by hobbyists and can cost several thousands of dollars to rebuild and maintain.

Let us know if you are a Rail Speeder or have seen these great machines out on one of their excursions! We would all love to ride on one!