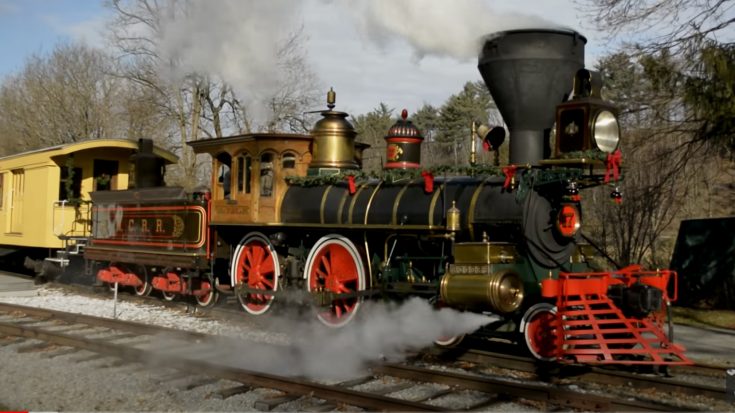 This magnificent reproduction of this Civil War era steam locomotive is the pride and joy of the Steam into History museum!

Named after the York region of Pennsylvania, this American Civil War locomotive is a spot-on replica of Union Pacific’s #119 used in the Golden Spike ceremony of 1869 at Promontory Point, Utah. The Golden Spike Ceremony was the celebration of the first transcontinental railroad joining the Union Pacific and Central Pacific Railroads.

The York #17 is a 4-4-0 American Class D locomotive and was built from scratch in 2013 by the Kloke Locomotive Works. She is standard gauge (4 foot 8 1/2 inches) and now burns recycled oil instead of wood for environmental reasons.

Let us know if you enjoy watching her as she speeds along the track! We all want to take a ride!