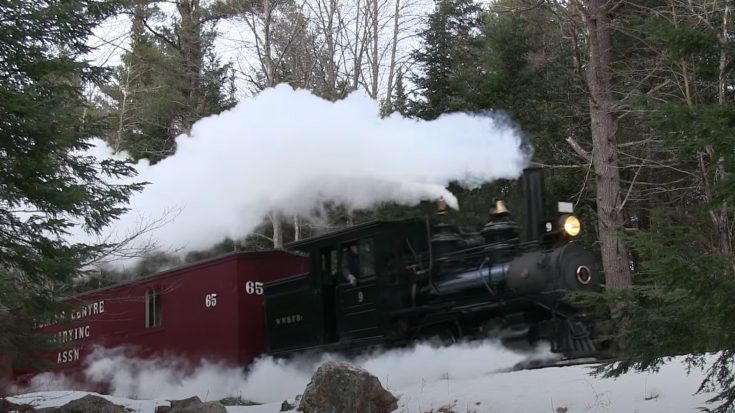 The Forney tank locomotives #9 and #3 are popular on the 2 foot gauge Wiscasset, Waterville and Farmington Railway.


Located in Maine, the Wiscasset, Waterville and Farmington Railway traces its origin back to 1894. The line was built with the idea of hauling freight northward to Quebec, Canada, from the docks at Wiscasset in Maine. In the end, the rail traffic never panned out and the line only made it to Albion.

Locomotives #9 and #3 were used by the WW&F Railway and the Sandy River & Rangeley, Kennebec Central Railways.

The Forney locomotive is a type of tank locomotivewith an unusual 0-4-4RT wheel arrangement whereby the fuel bunker and water were over the rear truck instead of over the driving wheels.

Let us know if you have if you have taken an excursion on the Wiscasset, Waterville and Farmington Railway. We would love to hear about your experience!