The Anorak Rappers “It’s The High Speed Train, What I’m Talking About” 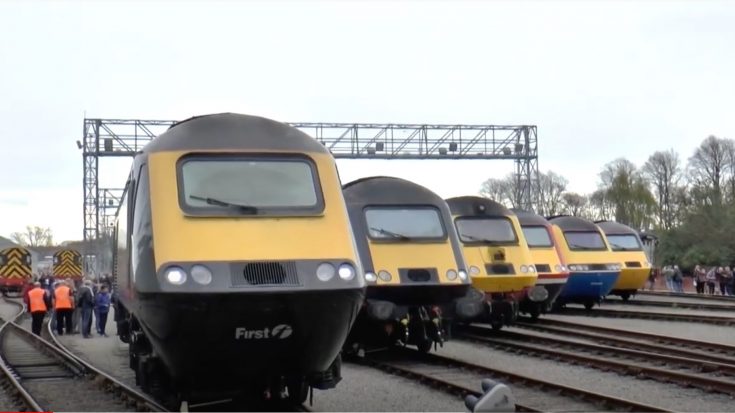 Fun and educational hip hop video by The Anorak Rappers!

Lyrics
So i’ll start on this story that needs to be told
About a train which is 44 years old
A top speed of 125, and some know it by that name
I’m talking of course about the high speed train

The HST, the class 40-t-3
That’s the intercity 125 to you and me
Made up of Mk 3 carriages and two power cars
The were unveiled in 1970 to lots of applause

The Advanced Passenger Train was the solution
It would tilt around bends, a railway revolution
After a series of delays, the project was a pain
So the board began development of a diesel high speed train

Chorus:
IT’S THE HIGH SPEED TRAIN WHAT I’M TALKING ABOUT
EVERYONE KNOWS THAT’s WHAT IT’S ABOUT
DON’T TALK TO ME ABOUT THE APT
WITHOUT IT WE WOULD HISTORY
X2

2,250 horsepower
An operating speed of 125 miles per hour,
Powered by a Paxman Valenta engine,
It propelled passenger transport to a new dimension

Originally painted in blue, yellow and grey
The second livery came and chucked that away
Intercity executive with its white and red stripes
Paved the way for many other paint types

Recorded in E17 Shed Studios by the Anorak Rappers
Written by Mc Pacer and Notorious H.S.T
Engineered by WFJ and Mc Pacer
People Get Up And Drive Your Funky Soul (Remix)
Artist
James Brown, Fred Wesley, The J.B.’s