The Longest Railway Tunnel In The World! 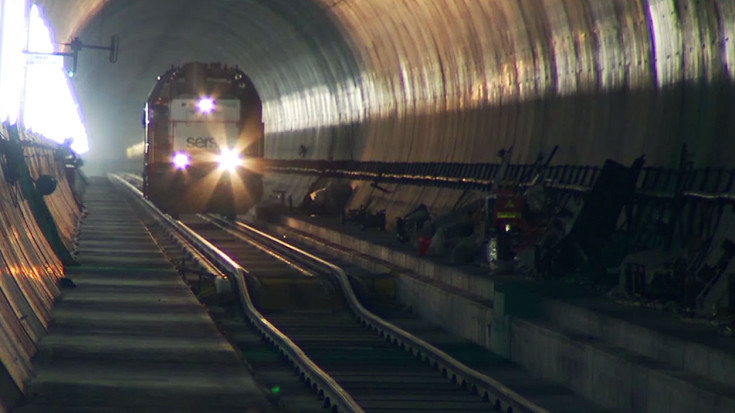 In 1992 Swiss voters accepted the AlpTransit project in a referendum, a project that would allow for better rail transport throughout the Alps, by cutting directly under them! Thus, four years later, construction began on a new tunnel that would pass under its alpine name sake, the Saint-Gotthard Massif!

The tunnel, known as the Gotthard Base Tunnel, at a length of 35.4 miles (57 km) is currently the longest rail traffic tunnel in the world! The project was intended to cut down on travel time for passenger and freight engines, as well as to increase freight capacity, and finally to circumvent excess pollution in the Alps natural ecosystem. When the tunnel opens, trains will be able to passthrough at 160 mph (250 km/h)!

About an hour of travel time will be saved with this tunnel, and a much higher maximum freight capacity will be available!

The tunnel is currently in its final stages of construction and testing, and is scheduled to be opened in December of 2016!

What’s the longest tunnel you’ve ever taken a train through? We’d love to hear about it!