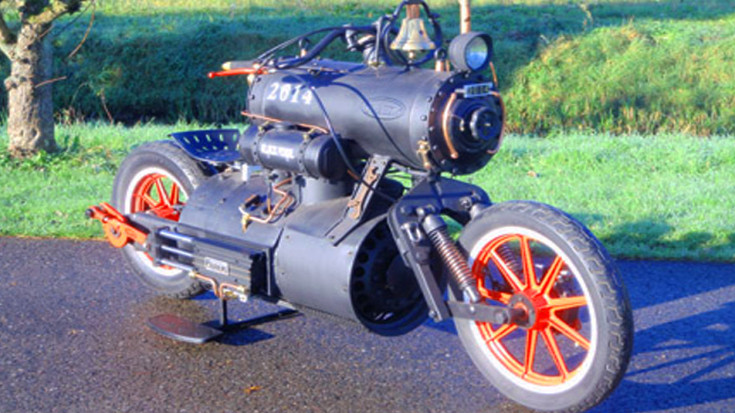 Revatu Customs, A motorcycle shop based out of The Netherlands took on one of the most ambitious projects we’ve seen with its Black Pearl Steam powered Loco-cycle!

Named after Jack Sparrow’s pirate ship from the Pirates of the Caribbean franchise, The Black Pearl is equipped with a fully functional steam engine! The engine propels a large crankshaft, which connects to the rear wheel and drives the cycle forward as a traditional steam engine would on a locomotive!

This is one good looking bike to boot, with a boiler that looks like it was taken from a miniature engine! Due to technical limitations, the bike is only capable of reaching speeds of 5 mph, so while you wont be flying down the road, you’ll at least look awesome cruising on it!

Have you seen any other great locomotive inspired projects? We’d love to hear about it!