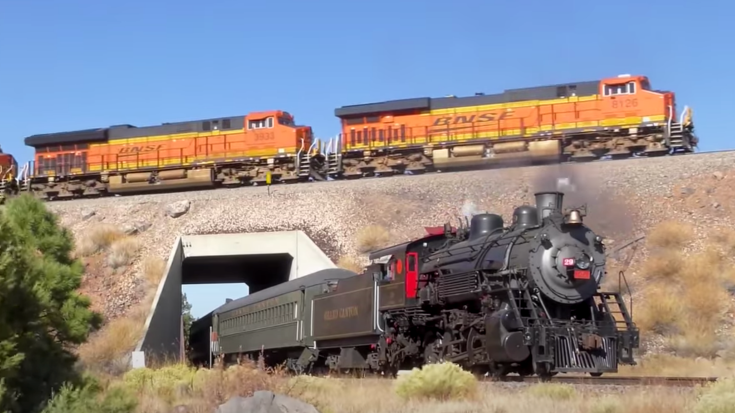 The Grand Canyon provides a magnificent destination for this classic short line.

Built back in 1901, the Atchison Topeka and Santa Fe Railroad built a short line to the rim of the South Rim of the Grand Canyon for tourists.

In addition, in order to house the tourists, they built the famous El Tovar Hotel in 1905 just 20 feet from the rim of the canyon. The views are spectacular.

ALCO locomotive #29 has a history dating back to 1906 when it was built for the Lake Superior & Ishpeming Railroad to haul iron ore.

Locomotive #29 is considered a “consolidation” wheel arrangement of 2-8-0 whereby they added 2 extra driving wheels instead of having a read truck under the cab. This provided extra heavy pulling power needed for ore loads.

Let us know if you have ever had the chance to take this excursion. We would love to hear about your experience!