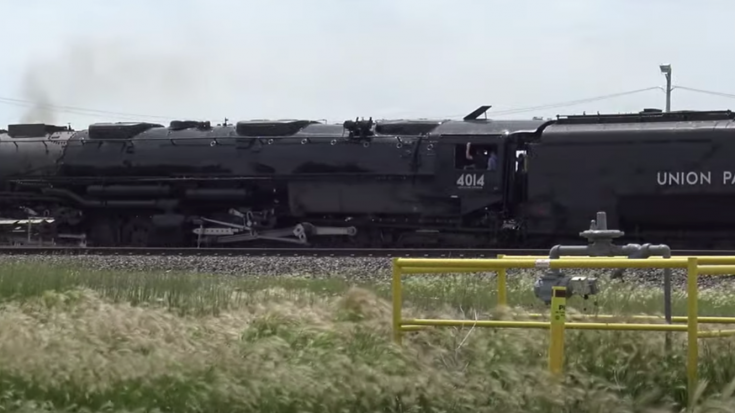 Caught on a hot July day, Big Boy 4014 was seen rolling with a manifest of covered hopper cars towards Egbert, Wyoming.