The Best Way To Ride The Rails Without A Locomotive! 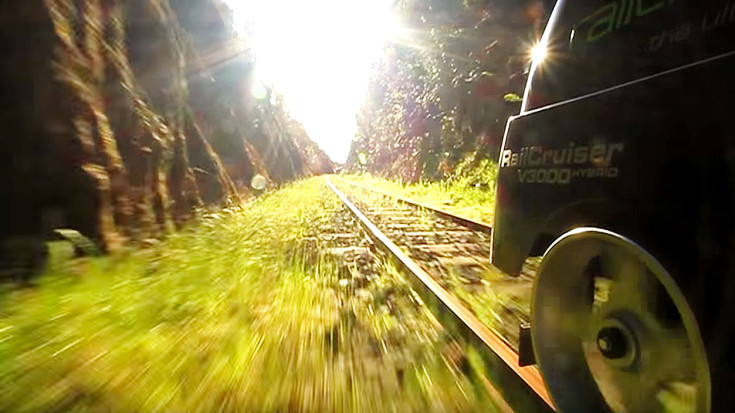 Now this is how to travel on the rails!

In 2009, Neil and Jane Oppatt, with the help of Track Manager Bryan Zajonskowski began developing the Rotorua Railpark! The once defunct and decrepit Rotorua Railway had long since seen its glory days past. The Oppatt’s had a dream, a railfans dream, that anyone could share in the beauty of New Zealand on the rails: best way to experience it, needed realizing!

Having opened up the rail park to excursions in 2011 it was crucial that the Rotorua Railpark had a means of transporting people down the rails. Enter the Rail Riders RailCruiser V3000Hybrid! Rail riders refers to the worlds first commercially used “rail cruiser” as the BMW of rail travel!

The Mamaku Express, which leaves Mamaku station (the main station on the railway) takes roughly 1 1/2 hours to complete!

The RailCruiser V3000 is a computer controlled, totally automated, four seat rail vehicle, that allows for a seamless journey on the private Rotorua Railway, presenting sights at locations that can not be reached by any other manner of regular transportation.

The automated system ensure people wont be running into each other on the tracks!

This system is amazing, and a great way to see some of the best sights New Zealand has to offer! This is the kind of system we need all around the world!

Have you had the opportunity to take one of these excursions, or one similar to it? We’d love to hear about it!