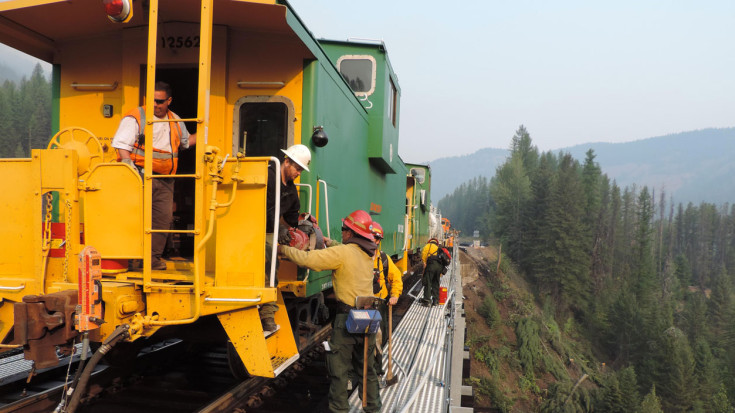 Fires have been raging on with what seems like no real end in sight in California and Oregon!

Between the Bootleg and the Dixie fires, thousands of acres of forest has been incinerated.

BNSF has been using trains that can deliver three 20-person crews to the fire line, as well as hauling in heavy equipment that the firefighters need to get the flames under control! Two specialized trains have also been deployed, each hauling three 16,000 gallon water tanks!

The fire fighting engine is equipped with a water cannon, capable of firing 300 feet up an embankment!

The BNSF firefighting unit shown in this clip was filmed in Montana showing the firefighting ability of the train. Carrying two water tanks, as well as a tank filled with firefighting foam this beast is ready to take down any fires it lays its sights on!

BNSF was busy with hosing down the forest around the Keddie Wye and Feather River last week.

IF you have had the opportunity to see a fire fighting train before, let us know your experience!