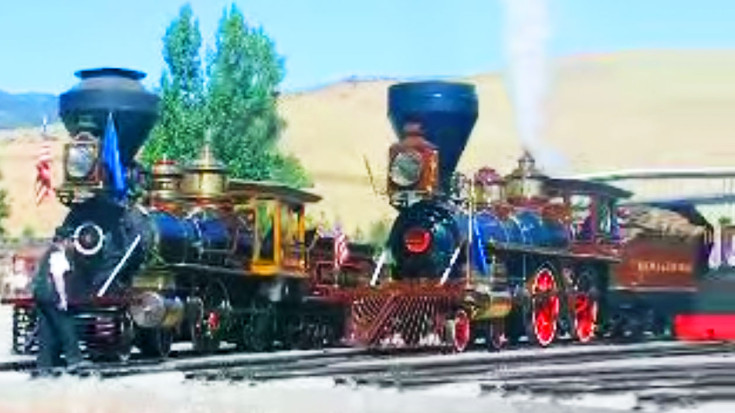 The Soul of the steam locomotive is the WHISTLE!

Filmed on Independence day weekend (the weekend of July 4th) at the Nevada State Railroad Museum in 2006, this clip manages to capture part of the essence of why we love steam locomotives so much!

Make sure to turn up your speakers!

For those who were there on that fateful day in Carson City, Nevada, they got to witness something fairly magical first hand! A “conductor” began leading the 7 engines on display in a concert of hauntingly beautiful whistles. This is the kind of experience you can never forget!

While the clip is a little grainy, it’s the whistles that are the stars of this show!

Each engine big and small contributed its musical notes, creating harmonizing tunes that would soothe the soul of any true railfan. At the end of it all, a driver who did not want to be left out let out some musical notes of their own, joining the symphony with a car horn!

Some of the engines that were part of the symphony:

Have you visited the Nevada State Railroad Museum during their Independence weekend celebration? Tell us about it!