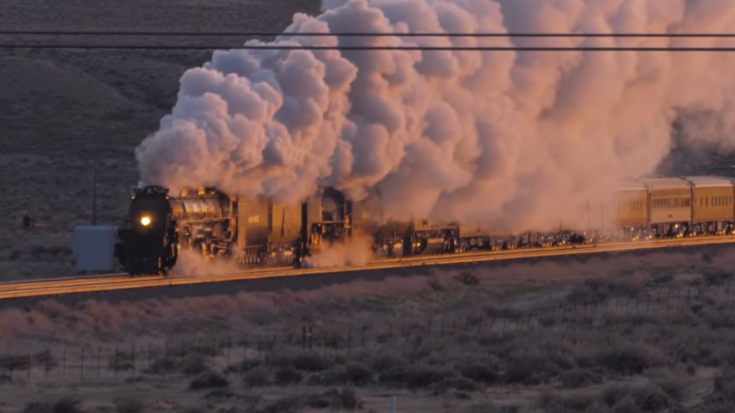 Sunlight glistens off of Big Boy’s new paint job as Big Boy 4014 and UP 844 make their way up the slope out of Granger, Wyoming, in the early morning hours.

There is still enough chill in the air to make for a beautiful display of steam from both locomotives.

UP Big Boy and UP 844 made history as they moved along the rails towards the city of Ogden, Utah for the 150th Golden Spike Anniversary Celebration of the completion of the transcontinental railroad in 1869.