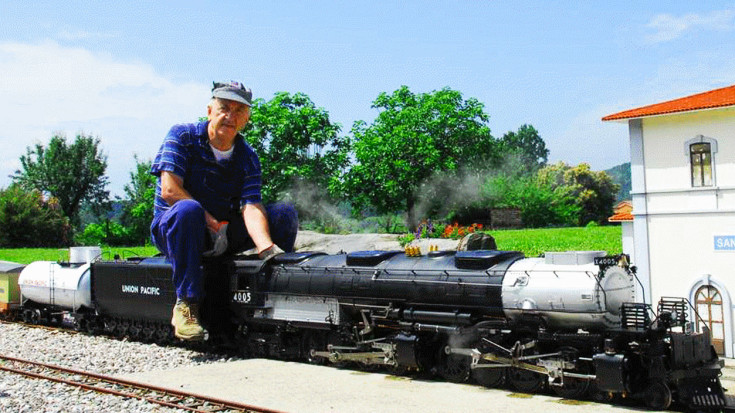 This model train fan is living the dream!

Alberto Celot is one dedicated model train and railfan! Celot, a native Italian, took it upon his self to create arguably one of the best home rail ways in Italy, if not all of Europe!

Celot is a real fan of the old Union Pacific, and as such made certain to have the one replica that any UP fan would foam over: UP’s Big Boy! Celot’s engine, is as close to real life as you can get, it looks sounds and feels like a big boy would! Although it isn’t coal fired, it still bellows its own exhaust as if it were a true steamer!

The railway, known as Railways Felettane is a 5″ gauge railway and is open to railfans! Situated near Conefliano Veneto, in the province of Treviso, Italy is a sight to behold, with all of the railways locomotives having been custom built and pieced together by Alberto Celot himself!

Now if only we all had the time and money to have our own personal railways!

What locomotive would you have on your own personal railroad? We’d love to hear about your dream engines!