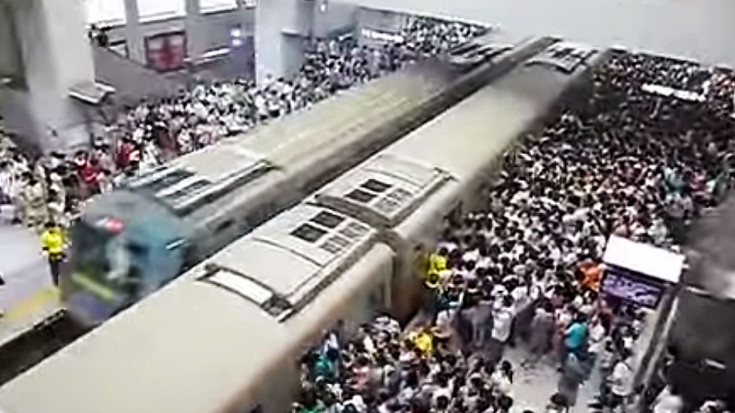 This is not your normal everyday commute!

What you’re seeing now is a crowded Thursday morning, in the high stress underground world of Beijing’s subway commuter system! This morning rush, caught on video roughly around 7:30 is pure insanity!

The trains are being packed like sardines in a can!

This is Beijing’s Xierqi station, with commuters attempting to board the cities subway line 13. The station itself is a transfer station, and is known to have increased traffic. In order to combat overcrowding this station, like many others in Beijing’s underground network, has built-in bottlenecks, in forms of gates and narrow staircases!

Xierqi station is known to be one of the better looking as well as cleanest stations in the system!

These failsafes are however are not immune to failure themselves, and on occasion overcrowding such as this has been known to occur!

Have you ever dealt with station crowding like this while traveling? We would love for you to share your experience!