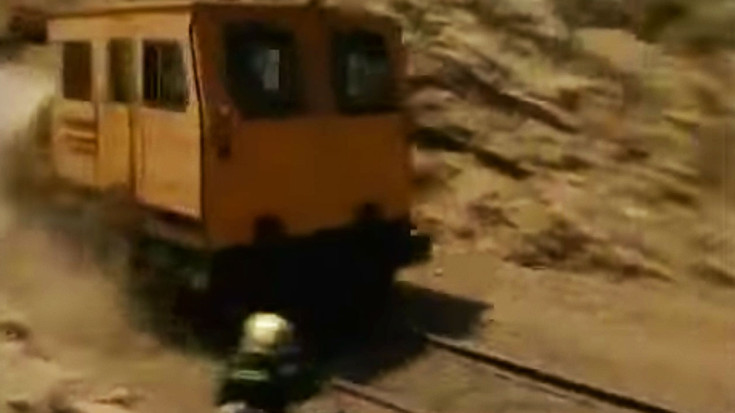 In 2009, a passenger train near the village of Rudine, Croatia came off the tracks! The cause of the derailment was quickly identified, as only ten minutes prior the passenger train’s downhill derailment, that an incredibly slippery fire-retardant had been applied to the track!

Applying fire-retardant chemicals is a normal practice during extreme summers in Croatia!

This greased up the tracks sending the passenger train off the tracks just ten minutes later!

Rescue crews were on the scene immediately, and first responders were waiting for the scheduled railway service vehicle to arrive to assist with the help and cleanup of the accident at hand. However, the greasy tracks had other plans, and as the service vehicle proceeded on the chemically treated portion of track, it began to lose control as well!

Flying down and around the curve the train almost hit rescue workers on the scene, wobbling and jerking the entire time! Eventually, the service vehicle itself derailed, at nearly the same point as the passenger train had before it!

Talk about a crazy turn of events!