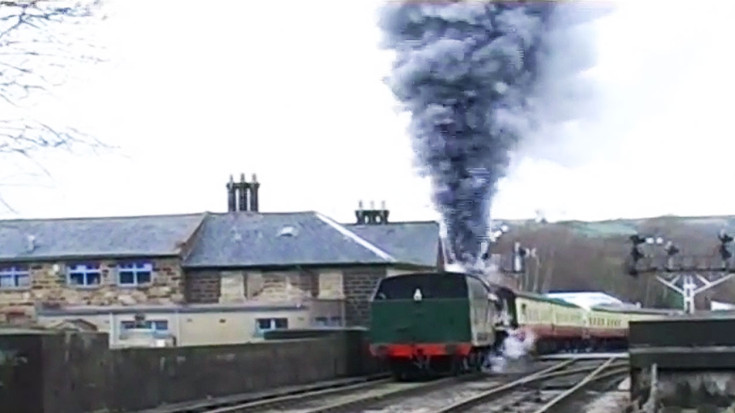 You’re going to want to turn up the volume on this one!

Originally built for Britain’s Southern Railways, #39026 ‘Repton’, part of the SR V class (the last 4-4-0 class ever constructed in the United Kingdom) is one of the strongest 4-4-0 locomotives ever constructed, holding the record as the most powerful 4-4-0 built in all of Europe!

SR V Class locomotives are often known as ‘School Class’ as each engine was named after a different public school on the Southern Railways Network!

Now running on the North Yorkshire Moors Railway, Repton is known to make trips from Grosmont to Goathland on excursion. On one such of these trips however, Repton’s wheels slipped tender first!

You can see the engine working as hard as it can trying to get its grip once more, steam billowing everywhere!

It should come to no surprise then with #39026 being one of the most powerful locomotives built that when its wheels slip, it becomes quite the magnificent show of steam engine strength! Luckily the engineer was able to gain some traction, and Repton was on her way once more!

Only three SR V class locomotives, including the Repton survive today out of the 40 constructed!

Have you had the opportunity to see one of these ‘School class’ locomotives in action? We’d love to hear about it!