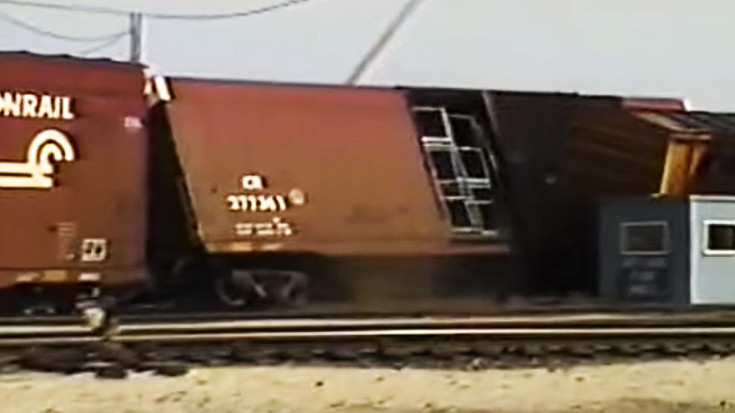 About 21 years ago, James Powell and his friend hit the local yard in Walbridge, Ohio with their camera, hoping to get some footage of its every day operations. What they got instead, was worthy of sharing in 2015!

After getting some good shots, they saw a freight slowly cruising along when suddenly, they spotted someone running past the train. Taking this as a sign that something may be going awry, they began following the cars with their camera.

The car almost took down a look-out tower!

It seems that someone wasn’t paying attention on the hump, as a single rogue car was crawling its way down the track and was destined to merge with the passing freight train! After the single car made contact with the train, it caused the trains cars to wobble and eventually derail!

In a touch of irony after toppling over the rogue car crushed a small structure with a yard safety sign!

What started as a normal trek down to the yard, obviously became a day James would never forget!

Have you seen any accidents like this at your local yard? Let us know!