RARE: Two Steam Double Headers Side By Side! 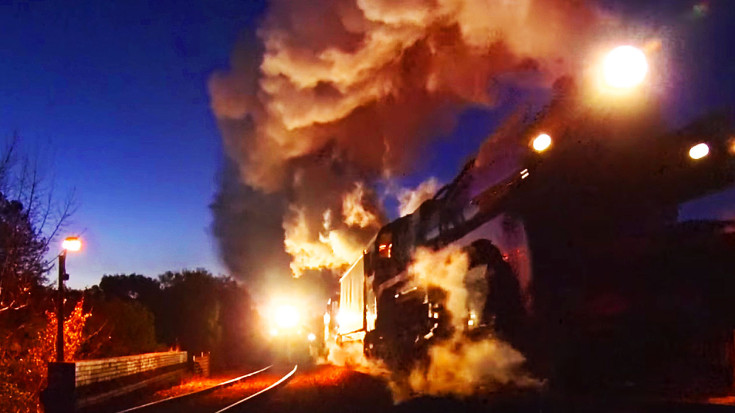 This clip has some amazing footage of two double headed steamers running side by side!

On May 16th, 2015, four different Victorian steam locomotive classes set off on a parallel run in Australia! The tour ran by Steam Rail Victoria actually began in Melbourne, running to Bendigo and on the return stopping in Castlemaine before each train was sent to its respective destination!

This tour represents over 100 years of Australian steam engine history!

Engine K190, built in 1945, was the lead engine of the train on the left, followed by its hauling partner, engine J549, a Vulcan locomotive, built in 1954. This train was bound for Maldon via the ‘Victorian Goldfields Railway’!

Victorian Goldfields Railway is one of many of Australia’s preserved steam railways!

Have you seen any of these amazing Aussie heritage units in action? If so let us know, we’d love for you to share!