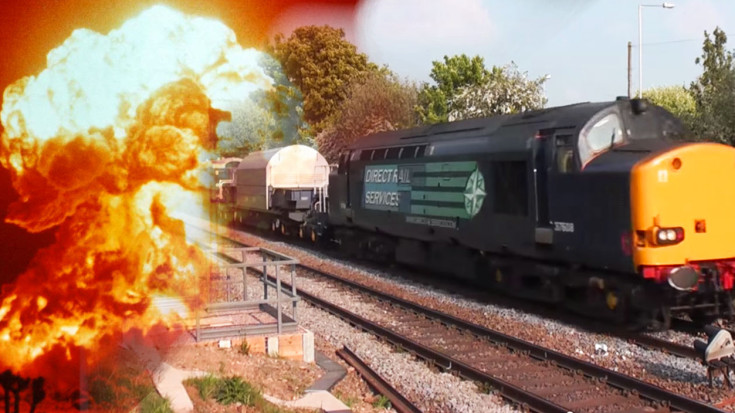 It isn’t every day that your average railfan gets to see nuclear waste heading down the tracks. But even more rare than that, is getting to see something a little more dangerous- an actual nuclear warhead!

Youtuber DownGrand1967 got both of these opportunities and was kind enough to grace us with film! DownGrand was situated in Sutton Coldfield, UK when seeing the 6M56 Direct Rail Services train passing on through from the Berkely Power Station, moving its regular cargo of spent nuclear fuel!

NDA which owns DRS has an annual budget of 3.2 billion GBP to ensure all things involving nuclear/hazardous transportation and clean up are properly managed and facilitated!

Luckily for Downgrand, the day was not over, when later waiting out in Aldridge, the lucky railfan found a second DRS train on its way from Plymouth Keyham. This train however was slightly different than the engine previously seen, as this engine- 6Z40, was carrying its own nuclear warhead, and two passenger trains with security to boot!

Has anyone here seen a DRS waste train in action? We’d love to hear about it!