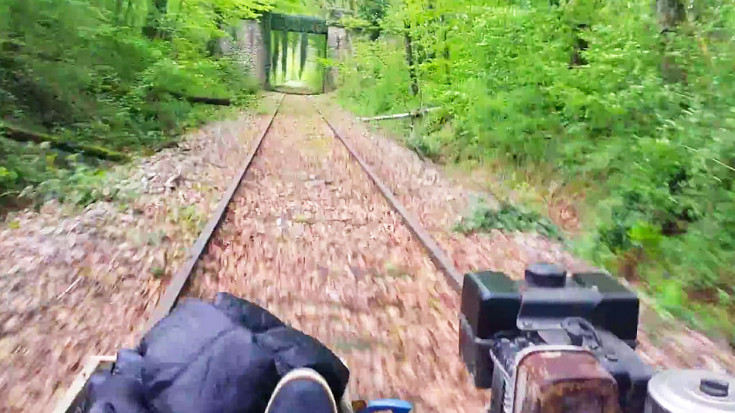 This creative young man gathered left over parts and built his own rail cart!

Located in Bourgogne, France, not far from his home, this railfan has this abandoned track as his own playground! Building his cart using a small 2 cycle engine as well as cart wheels, he cobbled the machine to together creating quite the speedy vehicle!

Here, this rail enthusiast gives us a down to the rails look from his cart as he blazes through the beautiful French countryside near his home!

He tears down the track while negotiating the weeds all along the track standard gauge track!

Although many abandoned tracks have been torn up, we appreciate the history and sentiment of the those still remaining and the tales that go with them.

There are thousands of miles of abandoned tracks in the United States and around the world. Maybe you have some near you. We always recommend not to trespass on railroad property, however, you can get permission in some instances.

Let us know if you are a rail cart person or have done this in your area. We would like to hear about your experience!