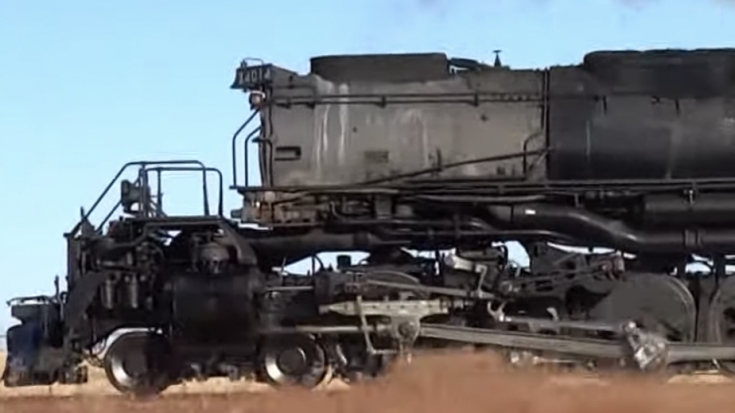 
There were 25 Union Pacific “Big Boys” built overall beginning in 1941 for the specific purpose of hauling long freight trains over the prairies of southern Wyoming during World War II. Union Pacific wanted one locomotive with enough horse power so that they did not have to double or triple head with other steam locomotives to get the job done.

As seen here, Big Boy #4014 is also hauling commercial hopper cars as well as passenger cars with a diesel assist.

The diesel unit supplies current to power the train as well as acting as additional weight to help with stability at fast speeds.