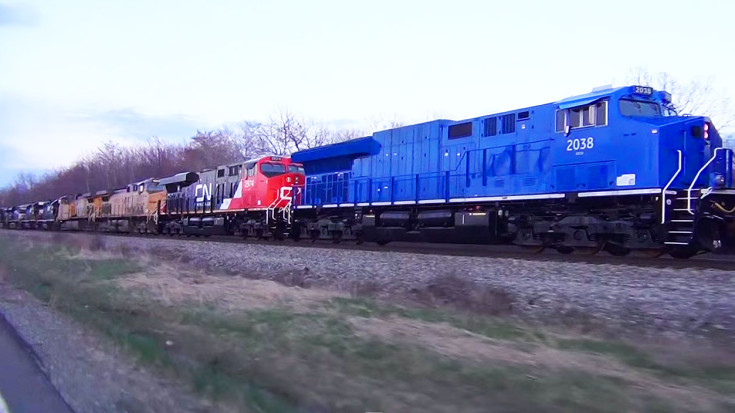 This is a rare glimpse of 8 multiple power units in a terrific “lash-up”!


All of the units look new except for the “out of place” Union Pacific GE AC44CW’s with their aging paint jobs!

A lash-up is defined as the use of two or more locomotives strung together in succession.
The term lash-up is commonly used by model train enthusiasts, however, it can also be applied in this instance.

Seen in this clip are:

Since the average weight of the these locomotive is 400,000 lbs., these 8 locomotives represent over 1600 tons of rolling might!

Let us know if you have witnessed a special event like this one in your area! We would love to hear your comments!