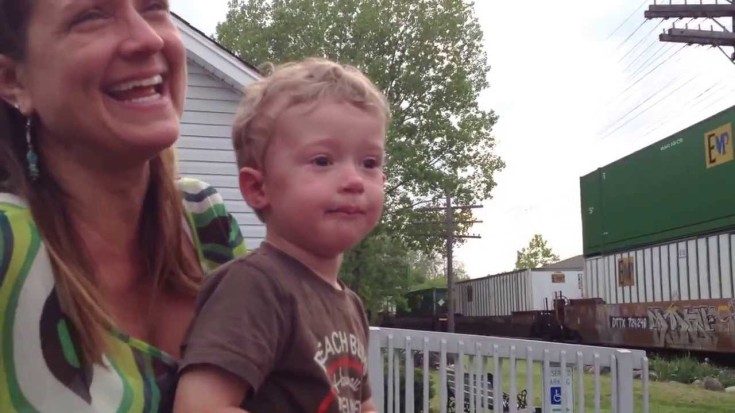 Norfolk Southern Engineer Nicholas Nuttle waves to his young son as his EMD SD60M roars past!

How often do you catch the exact moment that someone becomes a Railfan for life and possible future engineer?!

At first his son does not realize DAD is in the cab but soon sees him waving and that is all it took. Although he had seen several trains go by on past occasions, this was the first time he realized that his DAD was the engineer! Great, great footage. Mom is really having a great time as well!

To his son, Nicholas Nuttle is truly a ROCK STAR!

We want to thank the Nuttle family for posting this video to our page so we all can enjoy!