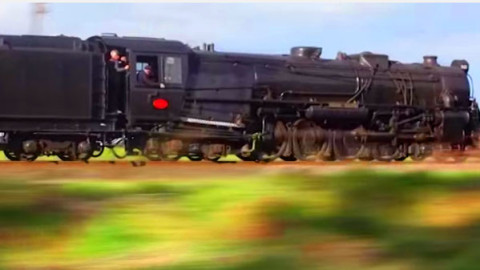 Shot over the beautiful New Zealand countryside, you can easily follow along with this great piece of history as she winds her way over trestles and through curves.

Along the way, the engineers make adjustments seen from inside the cab, as well as forward and backwards shots of the train moving from ground level.

Conceived and built in 1939 just prior to World War Two, she was part of an order of 30 that were built and served mainly on the Main Trunk Auckland-Wellington line. They ran both passenger and freight services. Average speeds were between 30 to 55 mph depending on the weight of the train she was pulling.

The KA 942 is the only remaining locomotive still in service today as a heritage piece. Her sister KA 935 is at Silverstream waiting for her 10 year overhaul.

If youâve ever taken a ride on the KA 942 or a train like this let us know in the comments below! Would love to hear your experience on this classic piece of history!