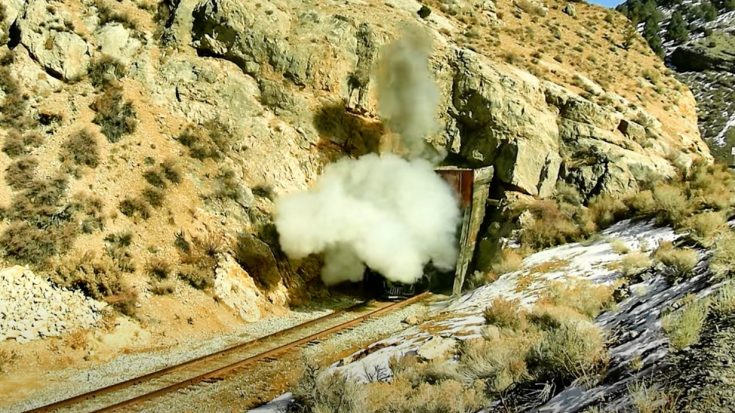 Originally built to serve a major copper producing area of White Pine County, Nevada, the Nevada Northern Railway connected Ely to the Southern Pacific Railroad at Cobre, Nevada. Many tons of copper ore were transported in its heyday from the surrounding areas dotted with mines.

Always a favorite spot to railfan, the desert scenery provides a look back in time to the feel of the old west and sound of steam in a desolate areas. The Nevada Northern Railway was built by the Utah Construction Company in 1906 and spanned 140 miles of track between Ely and Cobre. Trackage was also added around the Ely area to other mines and the network became known as the “ore line”.

Some Quick Facts about Engine #93

The state of Nevada is still very active in the mining industry. Besides copper, Nevada provides 75% of the gold and silver produced in the United States!

Let us know if you have ever visited the Nevada Northern Railway museum! We would love to hear about your experience!