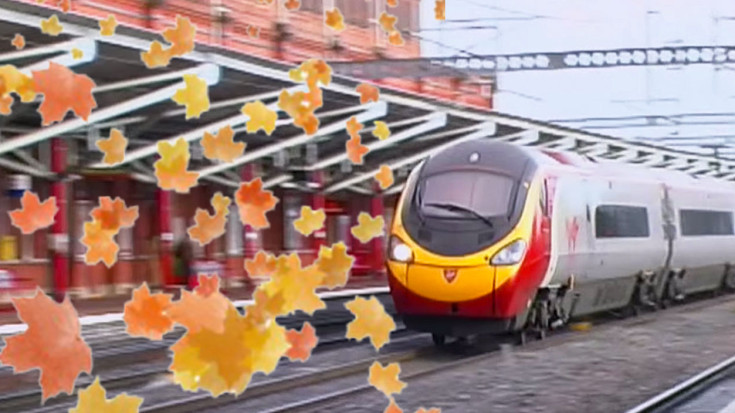 Ever wonder why your train was delayed, only to find that the hold up is due to leaves on the track? “How preposterous” you may think, “Why am I being held up because of some dead foliage!” you may proclaim.

Well it might not be as ridiculous as you think!

While it might seem like just another excuse (airlines not allowing you to use electronics at takeoff, we’re looking at you) it is actually an even more serious problem than you might expect!

Leaves are composed of roughly 80 percent water, while the other 20 percent contains a combination of chemicals such as cellulose, pectin, and more pertinent to the situation, a type of fatty acid that happens to have lubricating properties!

Leaves that are soggy and soaked are generally pulled onto the tracks as trains fly past, and as these trains pass over the foliage, their wheels crush them, leaving a sort of leaf residue on the rails! Add to that a little bit of rain and you have yourself a recipe for disaster!

The layer of crushed leaves left behind usually amounts to roughly 25 microns in thickness, thinner than a single human hair!

In order to account for this, trains must accelerate and decelerate at much slower rates during the autumn months (when of course there are more leaves on the tracks than any other time of the year) which cause may passengers to deal with frustrating delays!

In the test shown by this clip, set up by BBC’s Bang Goes The Theory, a soapy material that replicates the crushed leaves effect is used. In the engines attempt to stop with the liquid applied it took their test engine nearly 3 times as long to stop than it did under normal rail conditions!

So the next time you have a delay in the autumn, just remember, leaves are dangerous things!

Have you seen the effects of leaves on the rails yourself? Tell us about it!